Hierarchy of desire: Partner preferences and social identities of men who have sex with men on geosocial networks

Men who have sex with men (MSM) increasingly rely on geosocial networking (GSN) smartphone applications (“apps”), such as Grindr and Scruff, to form sexual networks. Using social identity theory as a framework, the present study employed images to offer a quantitative assessment of bias in favor of masculinity (heteronormative, effeminate) and ethnicity (Asian, Black, Latino, White). Participants (N = 395) completed a survey that simulated the use of GSN apps and measured social identity salience. A mixed-subjects ANOVA revealed main effects for masculinity and ethnicity. The interaction was significant, but a small effect size suggests MSM appraise each construct separately during partner selection. Pairwise comparisons demonstrated that White and Latino heteronormative photos were the most preferred prototypes among all participants, regardless of their self-reported ethnicity. Thus, in-demand identities are more masculine and lighter-appearing, with European features, even among Black and Asian MSM. Asian participants scored highest on social identity salience, which was statistically equivalent among other ethnicities. Additionally, race-based stereotypes about sexual position were not associated with social identity salience. That is, Asian MSM were as likely as Black MSM to identify as tops, bottoms, or versatile. Although ethnic minority MSM do not define their sexual positions in terms of stereotypes, their ability to be desirable objects may hinge on the stereotypical expectations of potential partners.

Type
Journal article
Publication
In Sexuality & Culture
Click the Cite button to download a bibtex for importing into a reference management system. 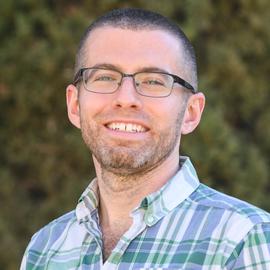